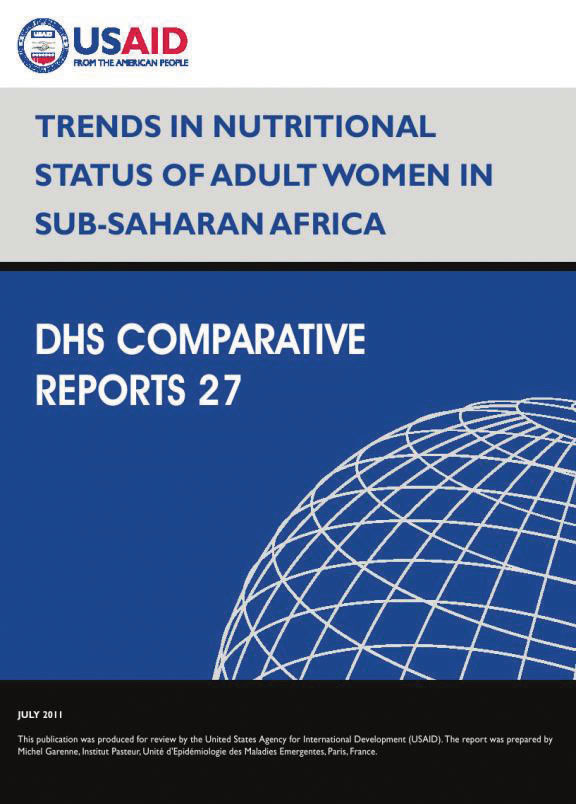 The study investigates long-term trends in nutritional status (height and BMI) of African women, using data from 70 DHS Surveys. The average height of adult women increased from 157.3 cm for cohorts born in 1940 to 158.7 cm for cohorts born in 1965, then decreased to 157.5 cm for cohorts born in 1990. Trends in women’s height were highly correlated with the rise and fall in income per capita at the time of adolescence for the same cohorts. This pattern of a rise in height followed by a fall was not universal. In affluent countries of Southern Africa, trends in height were only positive. In Sahelian countries, there was no negative trend in urban areas, and only the rural areas underwent a minor decline. The largest declines were in Coastal West Africa, Central Africa, and most of Eastern Africa. Trends in BMI were assessed using an age pattern for women between age 15 and 49 years. In countries of Southern Africa, the BMI was much higher than elsewhere, was increasing fast with age, and the age effect tended to increase with time. In Sahelian countries, the BMI was much lower but tended to catch up with time. In countries of Coastal West Africa, Central Africa, and Eastern Africa, cohort trends were not linear: the age standardized BMI tended to first increase, then to decrease with time, and the negative trends were larger in urban areas. Weight gains with age were very small in most of Eastern African countries.